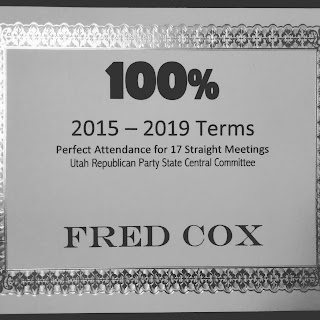 I thought the certificate was pretty neat.

Being a member of the SCC is a volunteer, elected, political party position, representing Salt Lake County to the State Party. There are 180 members Statewide, representing tens of thousands of county delegates, 4 thousand state delegates, and hundreds of thousands of party affiliates. The meetings have been in St George during snow storms, Fillmore, Park City, Erda / Grantsville etc. I didn't get a certificate for 100% attendance for 2011 to 2015, even though I didn't miss then either. The meetings often take all day, and have as of late. been argumentative. Some are wondering why I would run again? It isn't just for the piece of paper, as I don't know if I will get another "award".

Someone has to stand up to defend a Constitutional Republican form of government that is not Socialist or we will lose it.

There is too much fighting in the party. We need to protect the caucus convention system without driving people away. 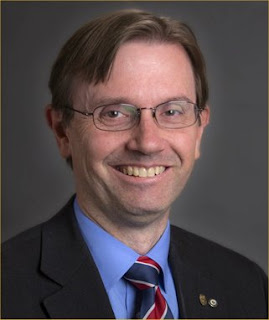